① Are you an aspiring entrepreneur who wants to be like Elon Musk?
② Do you want to know his secrets for success so you can emulate them?
③ How could his work ethic and innovative ideas be used to transform your fortunes?

♥♥ Elon Musk ♥♥ is one of those names everyone knows. He is up there with Bill Gates, Mark Zuckerberg, and Jeff Bezos when it comes to naming those famous entrepreneurs who have become fabulously wealthy. And it is often people like Musk who aspiring entrepreneurs look to when they want to find that route to success.


In this book, Million Muskmelons: How to be like Elon Musk with Success Recipe for Entrepreneurs and Leaders, you can discover the secrets that could make you the next name on everyone’s lips, with chapters that offer advice on:

✓ Perfect for budding entrepreneurs, businesspeople, and students, Million Muskmelons reverse engineers Musk's success, looking at his background, his early career, his failures and firings, and his quotes to learn what makes Musk so successful.
✓ Get the book and see if you can become the next great entrepreneur of our time! 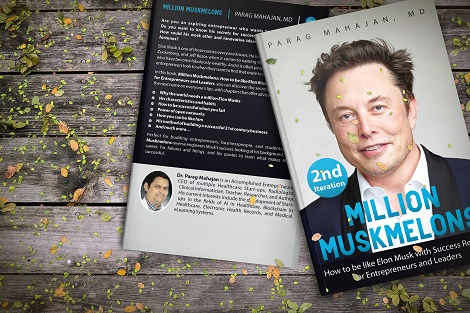